It may have been a long and winding road from where they were to where they finally have gotten, but neither England’s Verity Crawley nor Poland’s Daria Pajak are complaining about that now.

The former Webber International teammates each were devastated to have to sit out the PWBA Kickoff Classic in January after their visas were not renewed. But, over the past several days, they each got the news they had spent months hoping for. Pajak saw her application for an athlete visa approved on Feb. 17, while Crawley was approved for a tourist visa days later.

Crawley explained that the tourist visa “is not the original plan that I had,” which was to obtain the athlete visa she once possessed. But it does give her 90 days to be in the U.S. starting with her planned return on March 27, when she is scheduled to board a flight to Orlando and then spend the next several weeks training at the Kegel Training Center in Lake Wales, Florida, for the resumption of the PWBA Tour’s 2021 season when the Twin Cities Open gets underway at Cedarvale Lanes in Eagan, Minnesota, on April 22.

That 90-day duration perfectly complements the PWBA Tour’s schedule, as it enables Crawley to bowl all the stops currently scheduled from April 22 in Minnesota through the Louisville Open in mid-June.

“Then there is a little bit of a break before the Lucy in July,” said Crawley, referring to the start of the Striking Against Breast Cancer Mixed Doubles tournament scheduled to kick off July 29 at Copperfield Bowl in Houston. “So it does allow me to be in the country for 90 days and then to leave to reset the visa.”

For Pajak, the prevailing emotion she felt when she received an email on Feb. 17 informing her that her visa application has been approved was relief.

“No more having to pay the lawyers to try to fight this again. This fight is partially over,” Pajak said.

Partially, she explained, because “I still have a second stage when I have to go to the embassy. I was just doing the paperwork for this. I have to have an appointment to get them to put the visa in my passport. They’re going to interview me again and they will see that I was approved by the USCIS (United States Citizenship and Immigration Services). But they can still deny me if they feel like something is wrong, or maybe USCIS made a mistake. So I cannot really say that I have the visa in my passport and I can fly anywhere I want now, because I cannot yet.”

That cautionary note aside, Pajak said she plans on returning to the U.S. in early April, at which time she plans to spend time getting acclimated to the very latest bowling balls available, which she did not have access to during her time in Poland.

“When I think about being able to bowl on tour for a title, just qualifying and everything, seeing the people — It’s going to be a year-and-a-half since I have seen some of the people. I’m just going to be the most thankful person, and I just feel like when I walk into the bowling center, I am just going to sit down and cry. Because all these emotions have been gathering in me so strongly.”

“I’m very happy that, now that I have been approved by USCIS, it’s getting closer and closer. But I’m not going to be a hundred percent certain, and I’m not going to throw a party yet celebrating my visa, until I have it physically in my passport.” 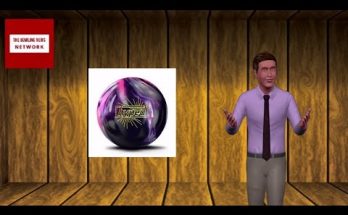 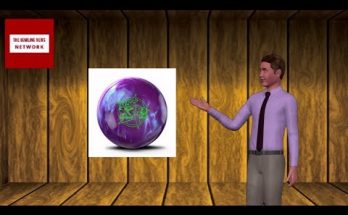